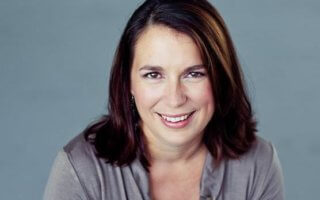 Following a rigorous selection process and careful review of numerous high-calibre applications, the YWCA Montreal board of directors is pleased to announce the appointment of Mélanie Thivierge as its next CEO.

Ms. Thivierge has extensive management experience in the information sector, having worked for major Quebec media outlets such as Coup de Pouce and Châtelaine magazines, as well as La Presse newspaper, where she is currently chief director of information. Throughout her career, she has shown exceptional skill in leading multidisciplinary teams, managing change, and developing projects. Thanks to her creativity and excellent communication skills, she is sure to succeed in leveraging her expertise to increase the organization’s visibility, champion social and gender equality and inclusion, and help reduce violence against women and girls.

She is committed to fulfilling her role in the spirit of close collaboration: “During its 142 years of existence, the YWCA Montreal and its female personnel have continually enhanced their experience and value in the interest of women and girls. I will work closely with the existing team to learn and make the most of this expertise. The action and mission of the YWCA are essential and I am extremely proud at the prospect of upholding this institution’s legacy. I plan to raise the organization’s profile in order to enhance the impact of its mission and broaden its reach.”

Mélanie Thivierge will take up her post on October 30, beginning a transition period alongside the current CEO, Hélène Lépine, who will be retiring at the end of December. She will officially become CEO of the YWCA Montreal on January 1, 2018.