THIS MARCH 8TH WE ARE COMMITTED ON ALL FRONTS!

This year, the YWCA and its Foundation are joining the community to celebrate International Women’s Day in a committed, inspiring and festive way!

On this symbolic day, it is important to mention the exclusions, inequalities and violence suffered by women and girls throughout the world, but the YWCA and its Foundation also wish to celebrate women in all their splendor, strength, resilience, diversity and uniqueness.

Many struggles remain in order to assure the safety and well-being of women and girls, including the eradication of all forms of violence against them. Many of these struggles depend on raising awareness, which is why the YWCA and its Foundation will use all means possible to make the general public aware of the realities and suffering experienced by women and girls, here and elsewhere. 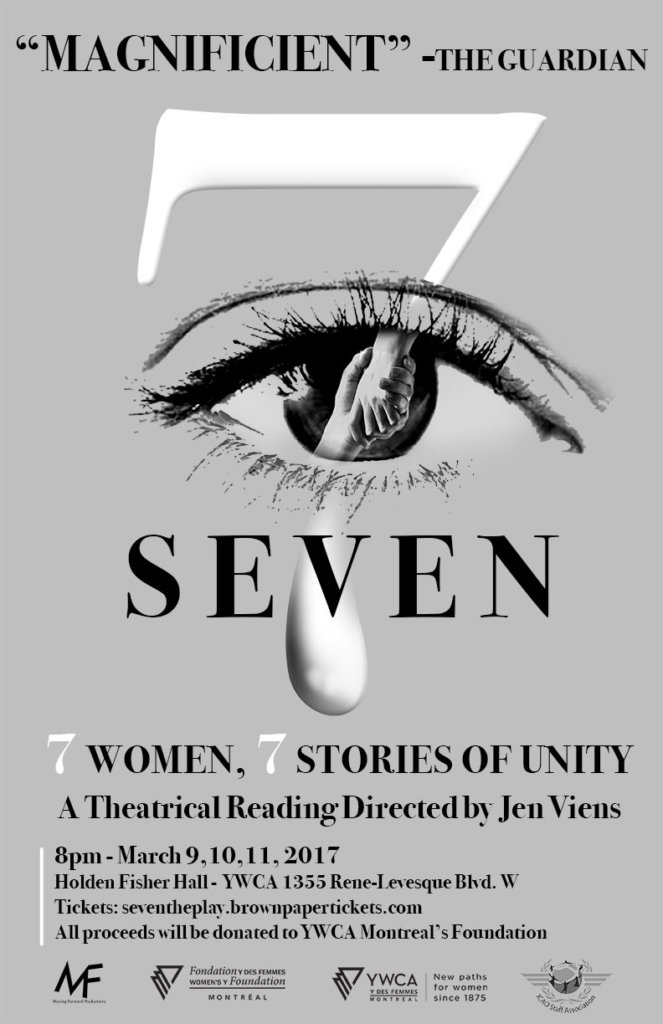 To raise awareness and prevent violence, Moving Forward Productions, and the Women’s Y Foundation will present the Montreal premiere of SEVEN on March 9th, 10th and 11th at 8 pm in Holden-Fisher Hall at the YWCA.

SEVEN tells the true stories of seven remarkable women who risked threats to their own lives to fight for the well-being of women, families, and children around the globe.

On March 11th, there will be a talkback and Q&A following the final performance, facilitated by journalist Sue Montgomery who received a 2016 Women of Distinction Award in the Communications category, given by the Women’s Y Foundation.

You can buy tickets online at the cost of $20. All proceeds from the performances will be donated to the Foundation to fund YWCA programs and services.

For more information on the play, visit the Facebook page of the event or read the press release.

The YWCA and its Foundation take advantage of International Women’s Day to launch the  “Je mets mes culottes” awareness campaign, to prevent the sexual exploitation of girls.

In addition to broadcasting videos and a large-scale publicity campaign, panties bearing the campaign logo will be sold for $ 15 on the website jemetsmesculottes.com, as well as at Fringues Friperie. These panties, donated by Gildan and illustrated by PONY, are in limited edition! We encourage buyers to donate $ 10 more to receive a tax receipt (or purchase more than one item).

The campaign is the result of a collaboration with the DDB advertising agency, which has offered its expertise free of charge as well as that of several of its partners and associates.

Some effective ways to reduce violence, inequality and the social exclusion of women include the recognition of positive female role models and citizen participation which contribute to the empowerment of women from an early age. That is why the YWCA and its Foundation are actively working to develop innovative projects and tools aimed at strengthening girls’ self-esteem and developing their critical thinking and personal expression.

On March 8, 2017, the YWCA and the YMCAs of Québec will present the exhibition « Des femmes et des mots », a project developed from A to Z by young women aged 16 to 19 from the biennial project Strong Girls, Strong World.

The photographic exhibition, which will take place in the Atrium of the Bibliothèque et Archives nationale du Québec, will feature more than a dozen well-known female personalities chosen for their inspiring role in society. Among them are Kim Thúy, Sue Montgomery, Dalida Awada, Élisabeth Vallet, Ericka Alneus, etc.

The Canada-wide Strong Girls, Strong World project, which began in March 2015, brought together more than 20 young Montrealers who were invited to become agents of change and make a difference in their communities.

The March 8th event will take place from 5:30 pm to 10 pm at the BAnQ, located at 535 Viger Avenue East, in Old Montreal. Several special guests will be present, including the personalities at the heart of the exhibition.

For more information on the exhibition, visit the Facebook page or read the press release of the event.

The YWCA will also take advantage of International Women’s Day to launch a list of books aimed at helping children aged 9 to 16 reflect on  the issues and realities they face such as body image, cyberbullying, sexual consent, hypersexualization, sexual exploitation and gender stereotypes.

This selection of youth literature, entitled “10 DARING HEROINES WHO MAKE US THINK” proposes ten books written by Quebec authors and selected in order to awaken the critical thinking of young people through ten female characters who think positively about themes that affect them personally.

You can also consult the following lists: 10 Children Books that Debunk Gender Stereotypes and 10 Books About Women Role Models to Inspire Young Minds on the YWCA website.

PORTRAITS OF WOMEN: Commitment and transformation

In order to highlight the diversity of fields of action and the positive impact of organizations in their communities, the Tools of Peace Network – of which the YWCA is a member – wishes to convey an inspiring message by demonstrating that constructive initiatives are in place and have a real impact in society.

Every two weeks, as of March 8th, the Network will publish a portrait of a participant from its member organizations on its social networks. They can be people who are involved in organizations or who benefit from their services. Among these vignettes, a portrait of a participant from the YWCA Employability Services will be published on these social networks. Stay tuned!

Finally, a festive event will take place at the YWCA to celebrate the women themselves; their victories, as well as the progress and advances made throughout history. 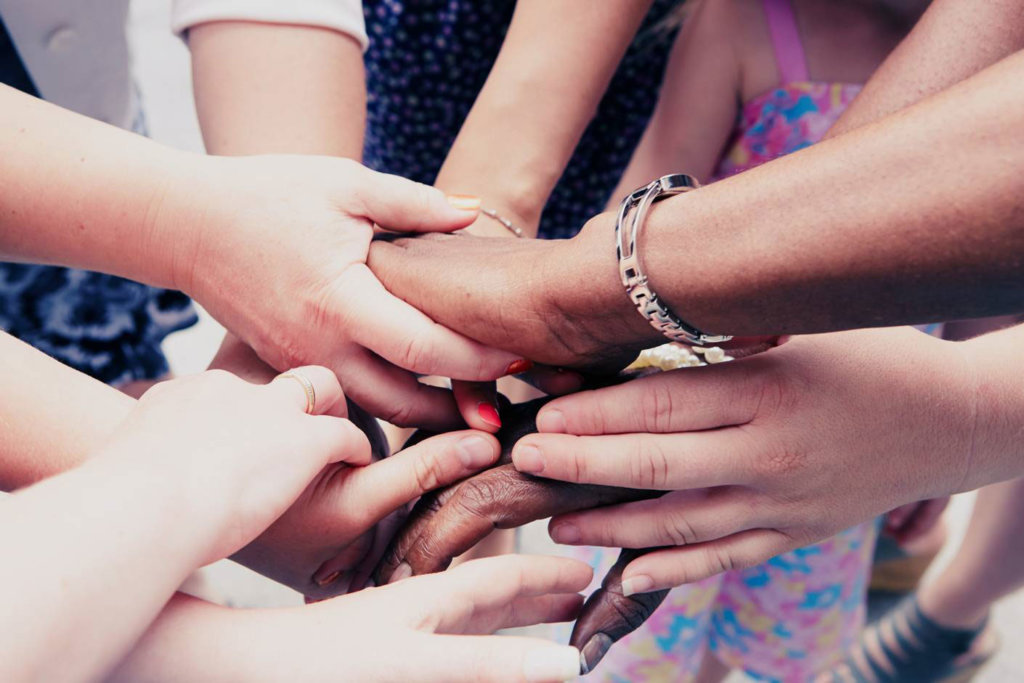 For 142 years, the YWCA has been working to build a better future for Montreal women. Therefore, every woman who finds a job, every woman who returns to living independently, every woman better informed about her rights, every girl better able to assert herself, etc. gives each member of the YWCA family a great reason to celebrate!

The YWCA and its Foundation wish you a Happy International Women’s Day!

The current health crisis has abruptly interrupted the activities of the Hotel Y and the Auberge YWCA, our organization's self-financing sources.