You are here: Home / Youth / The Prix Égalité for Hypersexualization Video Clips 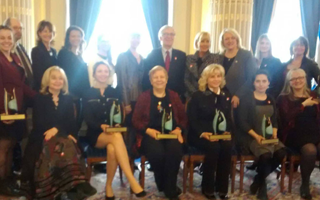 This video clip project on the subject of hypersexualisation, directed in 2014 by the documentary filmaker Ève Lamont and originating from research conducted by the organization’s Youth Services team, has won the Prix Égalité Thérèse-Casgrain awarded by the Secrétariat à la condition féminine du Québec in the Equity Models and Behaviour Category.

The YWCA Montreal launches four videos aimed at raising awareness among parents and other adults about the effects of hypersexualization on youth in Quebec. The release of the videos marked the beginning of a province-wide awareness campaign in Quebec elementary schools. The initiative seeks to educate parents about hypersexualization and provide the tools they need to tackle the issue.