“Where housing and homelessness of women and girls is concerned, failure to include a gender-based analysis can be a matter of life and death,” says Ann Decter, YWCA Canada Director of Advocacy and Public Policy. “With lower incomes and longer lives, women need affordable housing across the age spectrum. Eight out of ten single parents are women. Women need affordable housing with room for kids. To be effective, this strategy must count women and girls in, and recognize intersecting factors that impact their access to safe housing.”

YWCA Canada is the country’s oldest and largest women’s multi-service organization. The 32 Member Associations serve women and girls in nine provinces and two territories. YWCA Canada is the nation’s single largest provider of shelter to women and children fleeing violence. 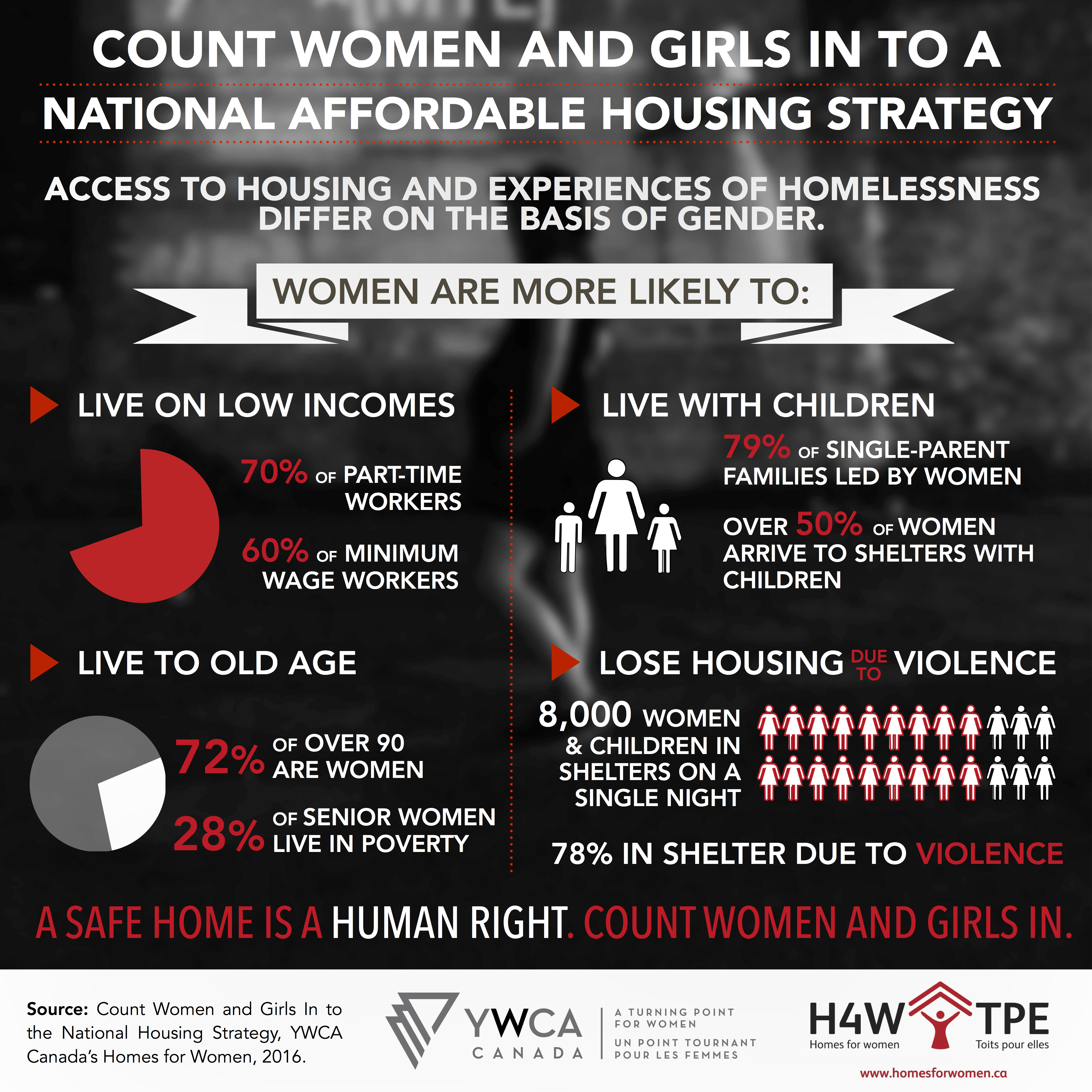